I believe people should be able to express their understanding about art. With the reasoning of freedom of speech, that expression can be quite confusing. Some expressing it through an art form that they see fit to their purpose and yet on the other hand, it is considered as rather vulgar. In Times Square, that form of expression lately becomes a popular news because it happens in a public space and some says beginning to feel like a menace. Desnudas or the painted ladies who strut along in parts of Times Square, wear body paint on their bodies as they call it as art. They mostly wear only panties or bikini bottom while showing certain illustration on their bodies. For your information, in New York City, being topless is legal and these ladies who now exhibit their painted body in Times Square really knows well how to sell their artwork. They will pose with certain tourists who are willing to give them some tips. Those tourists who were mostly men looked bewildered and also amused. The rests of us, the other passersby and  tourists, parents with children would try to avoid the desnudas. When I saw the lady on these photos, a part of me admired her spunk, but another part of me couldn’t fathom the idea of showing off your body in a public space where everyone can see and even touch, and  is considered as art expression. With so many ways to express yourself, why this? In the end, I think because this one is the most profitable way to do without requiring any serious effort.

Notes: When I took these pictures, it was last October, I only saw one Desnudas or painted lady in Times Square. Now that it’s almost a year later, I read that the ladies are multiplying and becoming a handful. The local law enforcement has decided to take care of the desnudas. 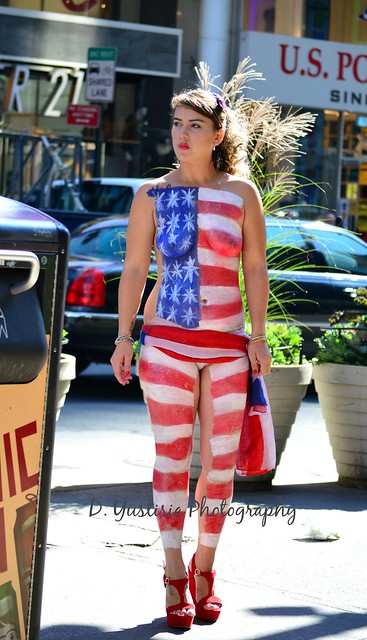 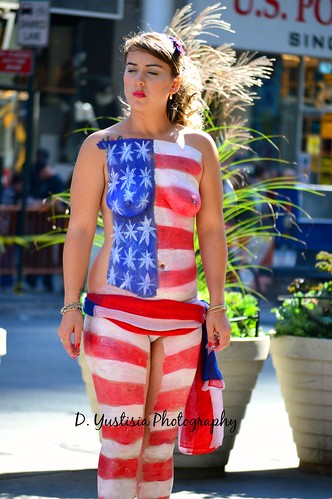