Located in the town of Corning, a town in the Upstate New York, which famous with producing glass kitchenware, is a pretty cafe called THE OLD WORLD CAFE & ICE CREAM. We visited Corning when we came to Ithaca to see Cornell University. This town is a charming town with lots of interesting things to see. During our stop at the town’s downtown area know as the Gaffer District, we walked around enjoying the scenery which is mostly decorated with historical architectures, wonderful galleries and pretty shops. Then because we’re hungry, we tried to pick places to eat and we came upon the Old World Cafe and Ice Cream. The cafe is located at the bottom floor of the Baron Steuben Place Building that was opened  in 1926. The building was named after Friedrich Wilhelm von Steuben who was  Prussian-born who later became George Washington’s aide during the American Revolutionary War. 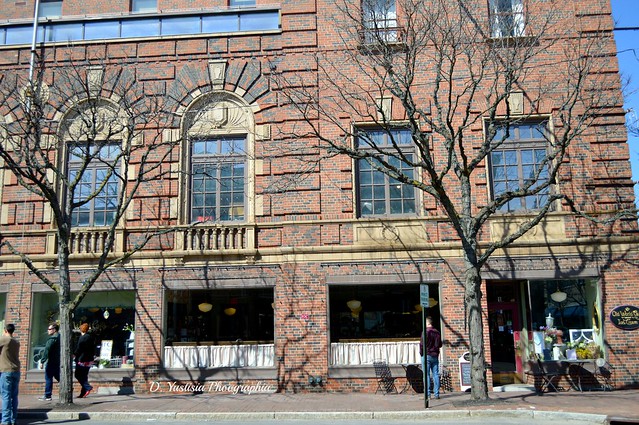 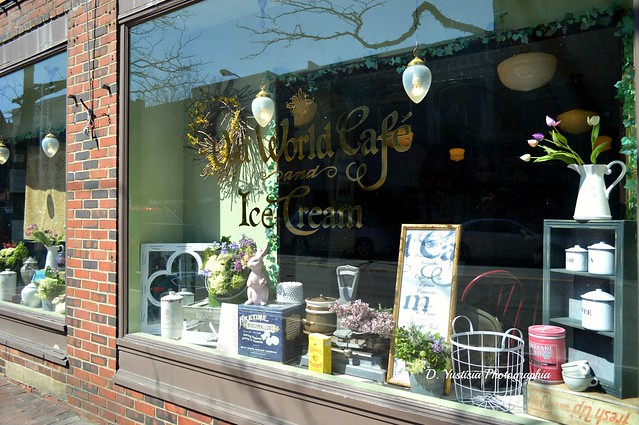 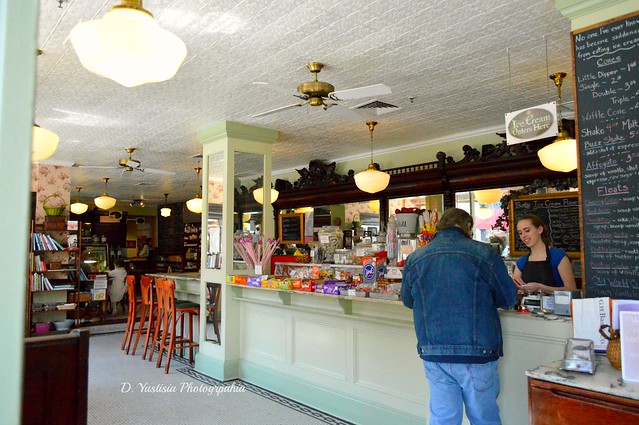 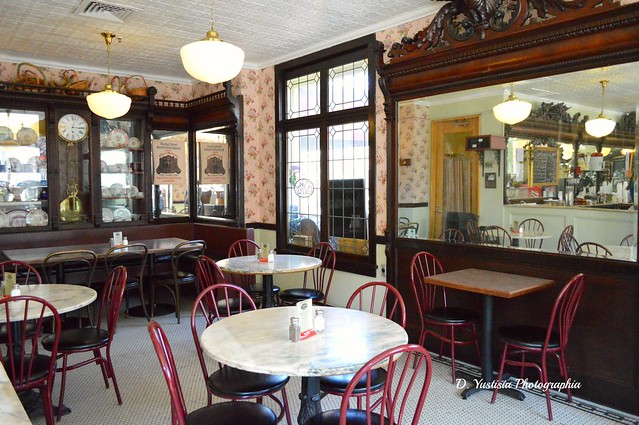 The Old World Cafe exuded the charm of a Victorian-style cafe. As soon as we got inside, we were taken to the beauty of yesteryear through the display of chairs, tables, wooden benches, rows of glass jars filled with candy and chocolates and the counters which were serving ice cream and several choices of foods. Behind each of the counter there were beautiful giant mirrors with amazing carved wooden frames. The carved ornaments were just breathtaking. Not to mention the lights from the sun that shined into the cafe added a natural light that was captivating. The old-style glass jars that were arranged on the counters were another of a special touch that made this cafe a destination when you visit Corning. 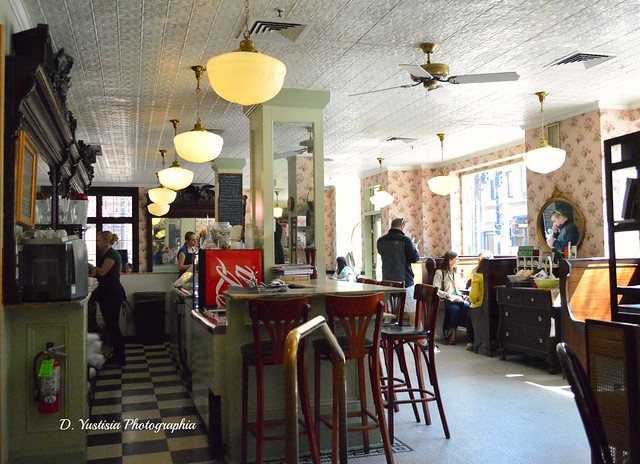 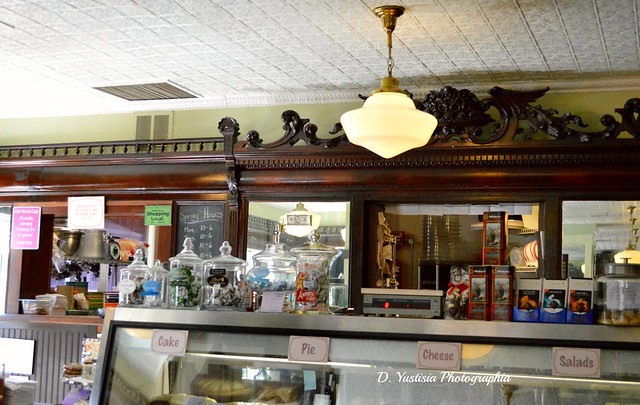 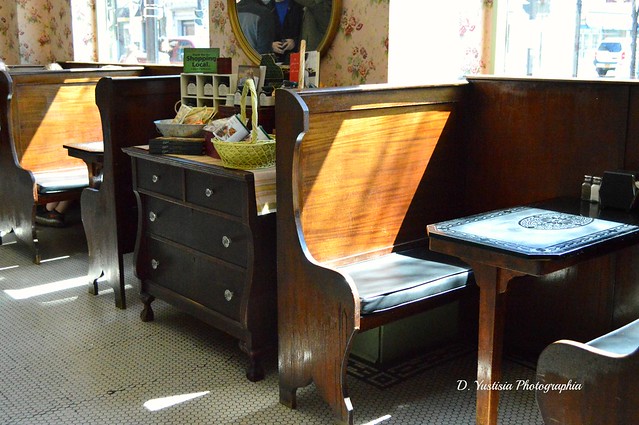 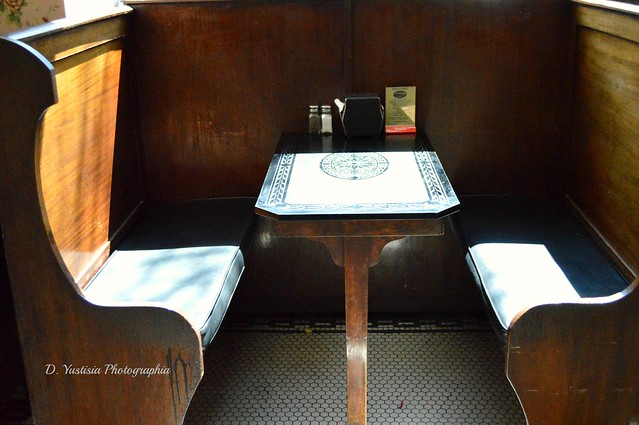 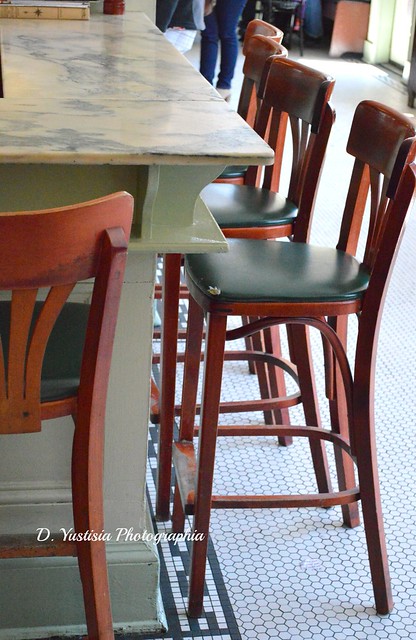 From the ceiling to the walls, the furniture, the tiles, the wallpaper and the displays on the shelves at the Old World Cafe brought us to Victorian era. I personally love the wooden benches at the cafe with a built-in-table that had beautiful mosaic decoration. The benches and the table were set up in a stall that was adorable. The combination of the ornamented ceiling, the floral themed wallpaper, the wonderful light fixtures, the marble counter top and the stools for people who want to have some ice creams and the knick-knacks added the charm to the cafe. It seems that if I have to tell you about this cafe, I might  be overdoing it because I simply fell in love with it. Oh, how about the food? Well, the foods that we ordered were delicious. I had a bowl of cheesy chicken noodle soup and Greek salad, while my family had some turkey sandwhiches and my kids also had a big cream puff with ice cream. It’s to die for! 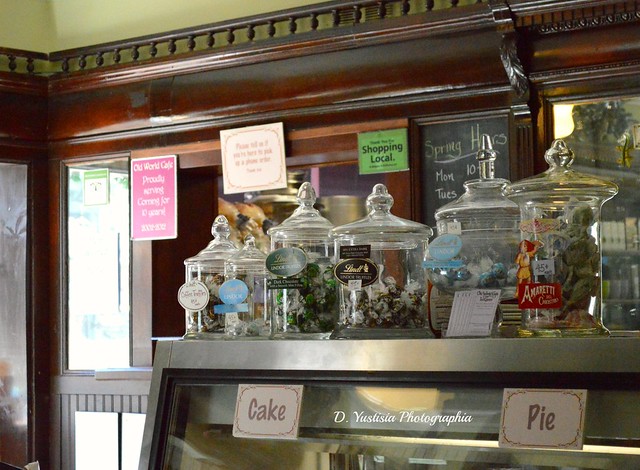 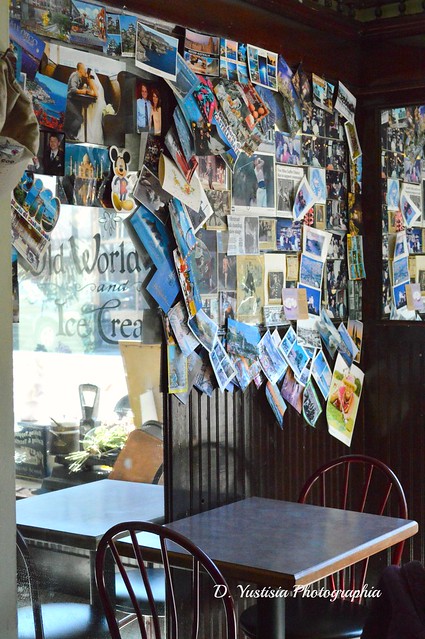 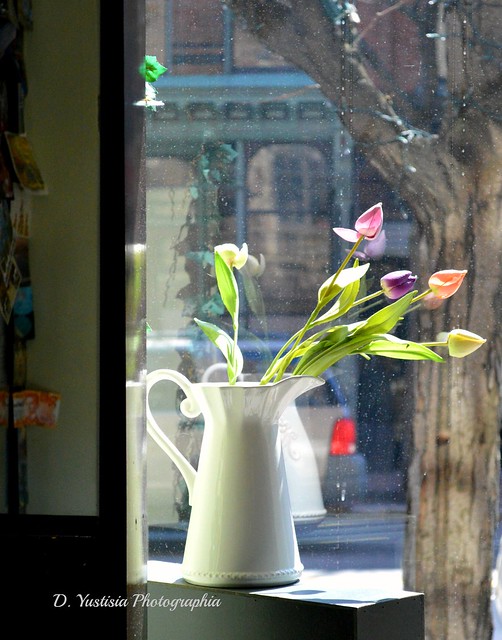 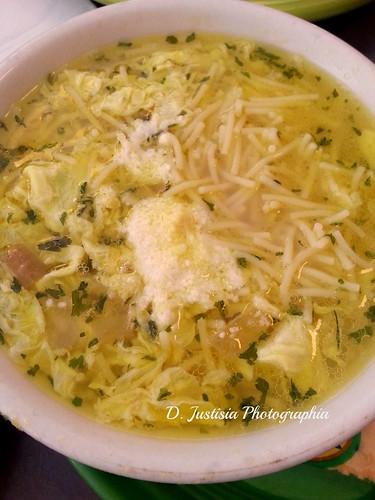 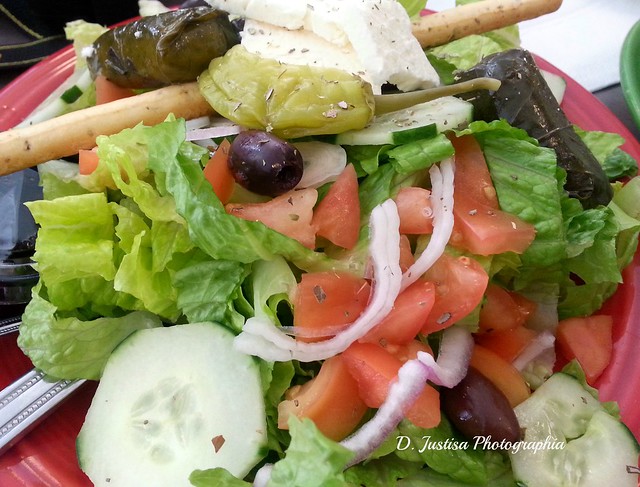