MURALS! What a wonderful way to beautify a city. At a corner of the street where a dingy looking convenient store one day, then another day the front wall of the store is covered with a mural. Suddenly the neighborhood looks different. Under the bridge where dust and grimes of the roads above and the street below mix, murals can be so pleasing to look at when passing by there. I’m always fascinated with murals. Whenever I travel and visit a certain place, I would try to find them, at least one. I’m sort of a mural hunter if I can call myself that. Murals, nowadays, are part of the community as a tool to send messages out, to inspire many and to memorialize ideas and dreams. These murals in particular are located at the farther part of New Haven, far from the busy downtown area and pretty secluded. New Haven is one of the largest cities in Connecticut, the state where I live in. Murals have been popping up around the Elm City, New Haven’s nickname. They are surely the way to adorn the city with art, promote local artists and make statements about the people of new Haven. The murals under this bridge are unique and quite wonderful in their own ways with the styles that I think can be depicted as graffiti, surrealism and expressionism. There are many murals that I’d love to share here with you next time. Until then, enjoy this post and thanks for stopping by.

FALL, the most invigorating season in New England. The season of gorgeous color combinations that can make anyone swoon and head over heel. The season of apple harvest, pumpkin galore, beautiful foliage and the crisp air. Fall in New England is extravagant and exuberant. I wouldn’t want to miss one fine day in the fall so to feel its beauty. I would wait for the blue sky and sunshine to go out and take my camera with me. But sometimes I didn’t get the chance to do that and rely mostly on my camera phone. Usually this happened when I was out and about in downtown or around Yale University campus. I pass by the campus many times at least once a week. I love going about there between the stone buildings and admiring the season as it develops. I love the arrogancy of fall, of its splendor that entices my soul and  makes me exclaim in delight, “Wow!”

There’s something about a carousel that you can always love. The carousel at New Haven Lighthouse Point Park is like that, you’re going to love it as soon as you see it. The carousel was built in 1916 by the Murphy Brothers in their workshop in Savin Rock, West Haven. It is one of the unique and charming American folk art still exists. It used to be an outdoor carousel, but then when after years of effected by the sea water and weather, the carousel became deteriorating. In the 1980’s, the mayor of New Haven set up a community action organization to take care of the carousel. After it was cleaned, repaired and restored, the carousel was placed in the pavilion near the lighthouse. It is now among the National Register of Historic Places. There is a small fee of 50 cents to ride the carousel. The music they play when the carousel moves is lovely and sweet to your ears.

The music is played on an organ made by Stinson Organ Company. A mini organ with a miniature of George Washington holding a baton can be seen as part of the carousel  decorations. There are also paintings of beach scenery, mermaid, sail boat, lighthouse and some nature scenery in New Haven adorned the top part of the carousel. There are 72 figures on the carousel that are placed on 20 arrays on a 60-foot platform (about 18 meters high). Each horse is different. It has different color, character and details that make each of the horse unique. It also named and the name is posted on top of each horse. When you look up, you can see the name of the horse you ride. Maybe you ride Thunder, White Lightning, Ocean Light, Wild Heart, Jumpin Jack or Bella Vista. Public can rent the pavilion and also the carousel for private party, such as a wedding or prom. I would love to attend a party here at night, when the carousel lights glimmer while the whimsical music from the carousel plays and the sound of the ocean is heard outside the building. What a marvelous night it seems!

My state, Connecticut, is located in the east coast of United States and the Atlantic Ocean part that stretches along the southern part of the state, is known as Long Island Sound. Being located near the ocean, Connecticut has several lighthouses and one of them stands in the city of New Haven. I have visited this lighthouse which is called Five Mile Point Light, many times but mostly when the weather wasn’t as lovely as the last time I came there. Two weeks ago I came to the Light House Park because of religious reason. It was Eid-ul Adha and the prayer was held in a field there. A couple hundreds of people showed up to pray together. After the prayer, I walked about the park especially near the lighthouse. The scenery was marvelous!

The Five Mile Point Lighthouse operated until 1877. There’s another lighthouse that was built closer to Long Island Sound replacing it that’s still active until today. If you see the 3rd and 5th pictures, you can see far away a minuscule object which is the Southwest Ledge Lighthouse. This lighthouse stands on the reef at the opening of New Haven harbor. New Haven Lighthouse Park is a beautiful place to visit. The park has nature trail, bird watching station, small water park – wonderful entertainment for children especially in summer. It also has an indoor antique carousel. The carousel is so beautiful. Each of the carousel horses has different feature that I will write about them next time. Meanwhile, if you happen to pass by New Haven or visiting Connecticut, come and see the Five Point Mile Lighthouse at New Haven Lighthouse Park.

The weather has been glorious lately and visiting a garden seems to be perfect. On Saturday afternoon I visited Pardee Rose Garden because I know the irises are blooming everywhere and I’m pretty sure there will be some there. When I got to the garden, I saw the row of irises beautifully lining up on the outer side of the fence. It seemed like a party was happening in the garden by looking at the many colors the irises showed. Perhaps that’s what made Vincent van Gogh painted the Irises before he died. He captured the irises’ details intimately and created a stunning perception. I can’t paint as good as van Gogh, but I tried to capture the details I saw from the irises in the Pardee Rose Garden through my camera. Please, enjoy! 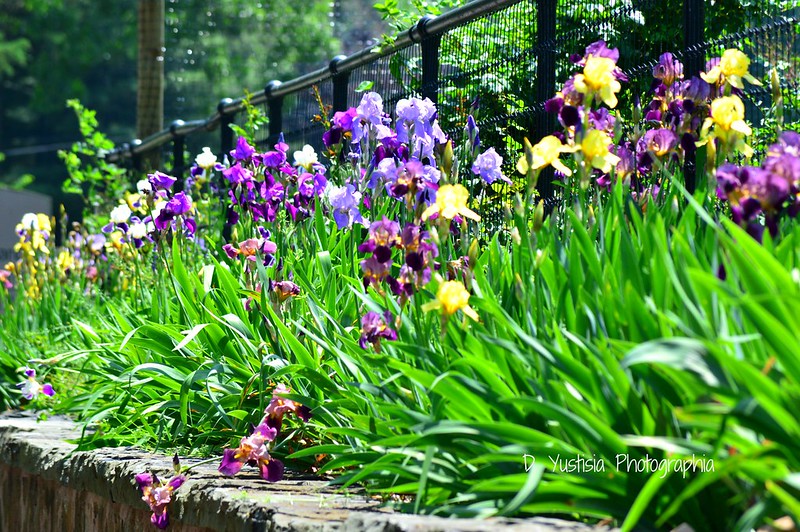 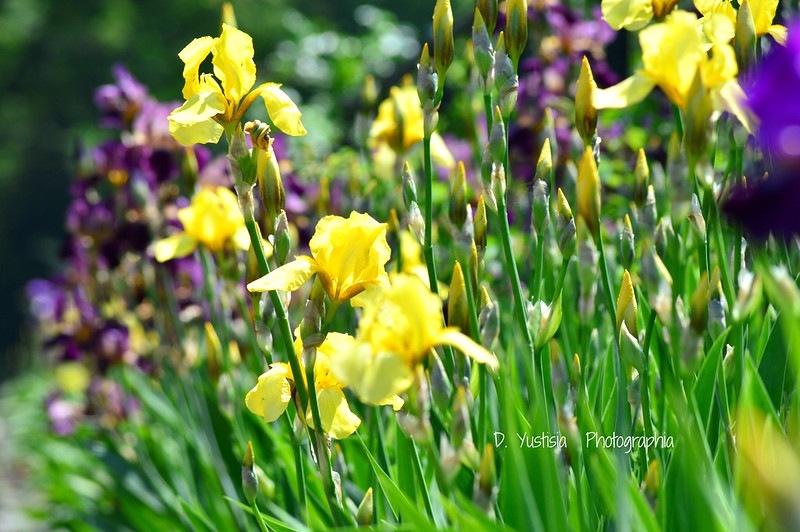 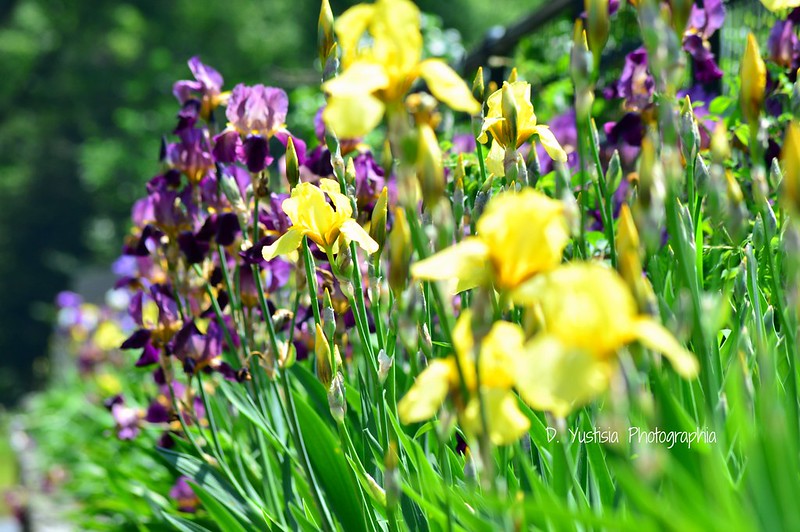 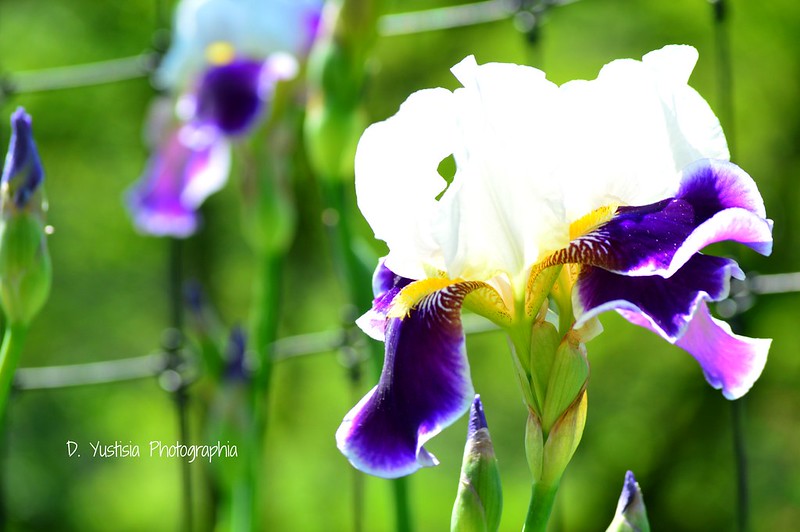 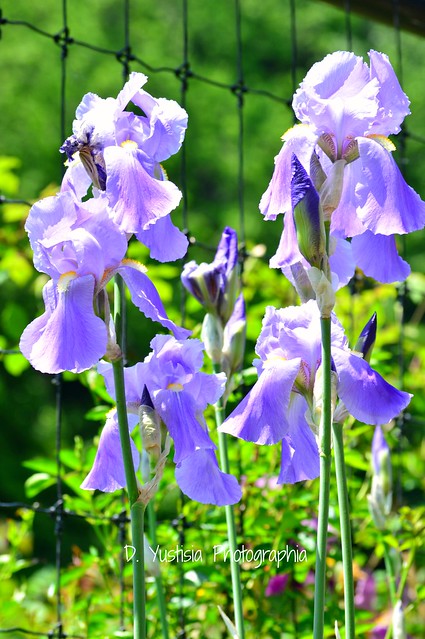 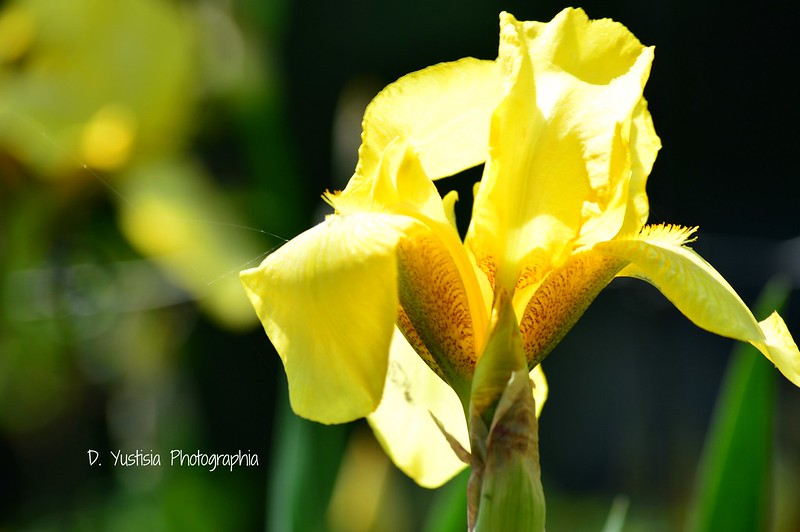 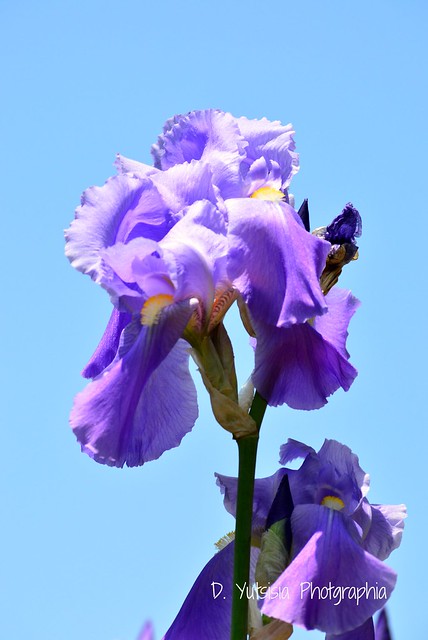 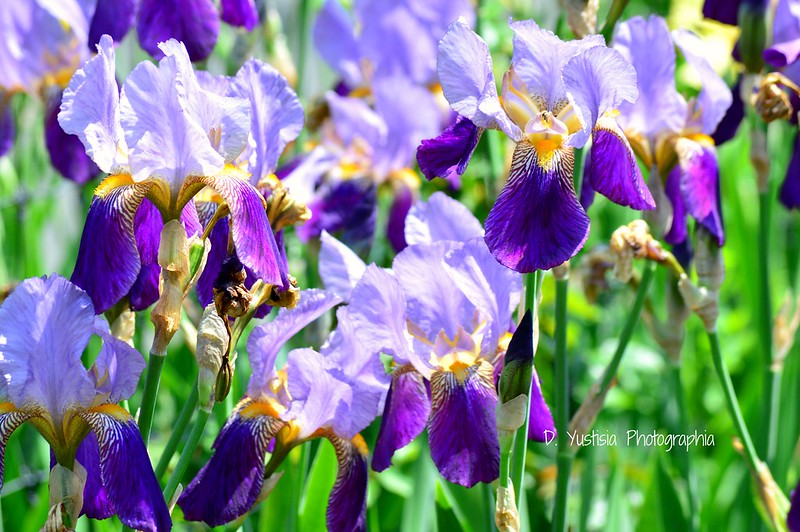 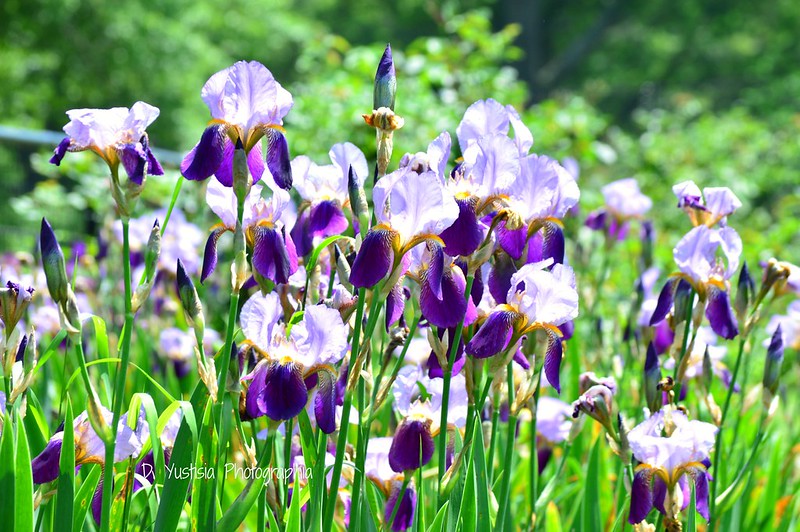 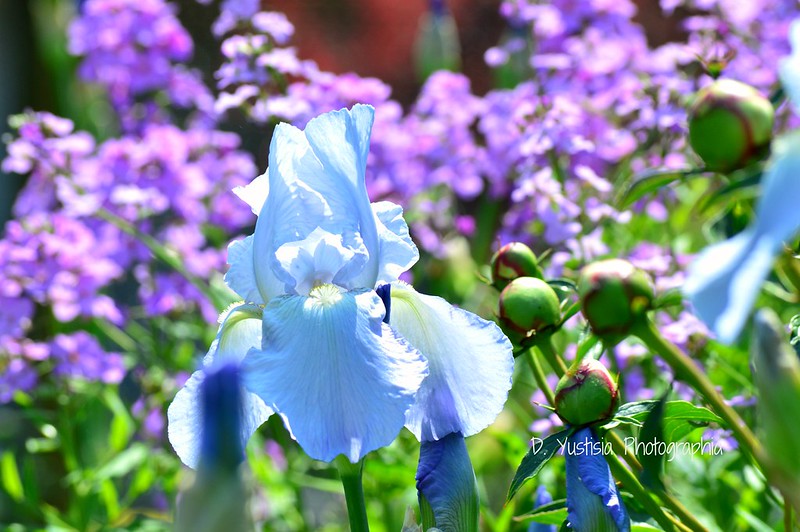 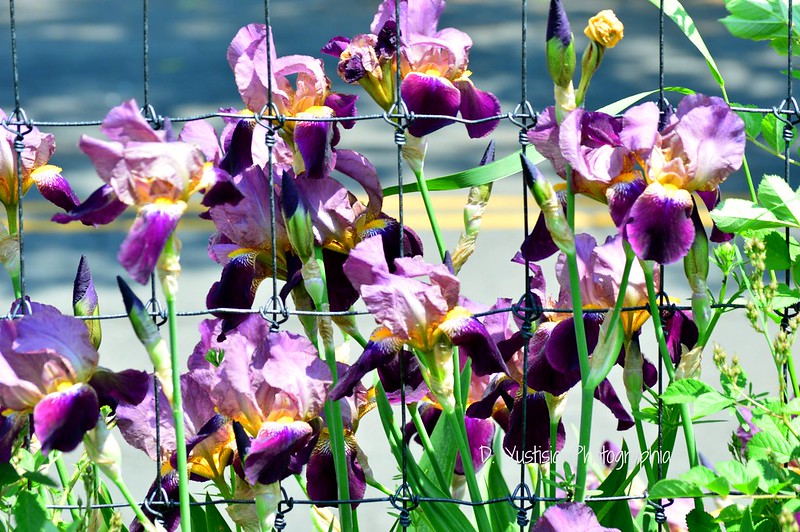 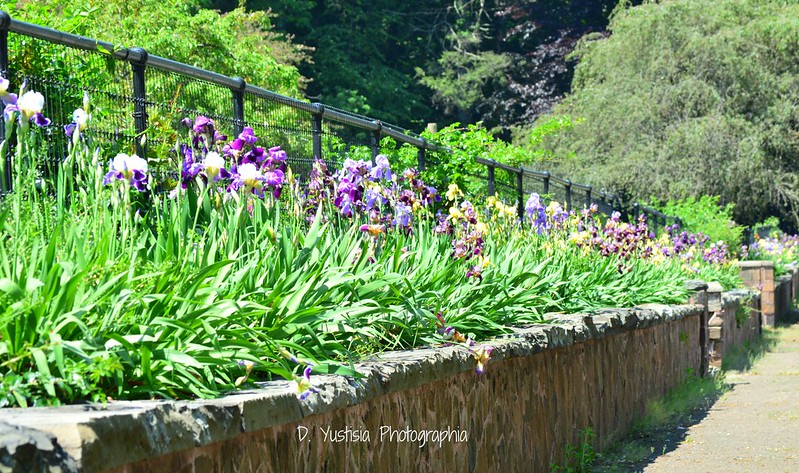 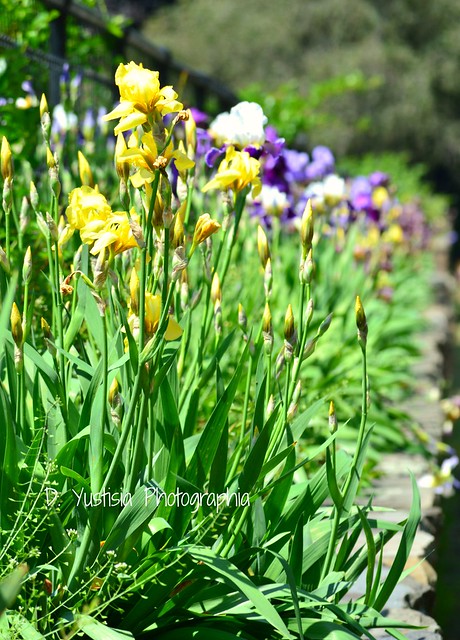 By now, I should’ve had said that I dislike winter. Snow, more snow and some more to come. But even when on the three Mondays that we had snow storms, I enjoyed them nonetheless. There’s something magical about winter when I look at the snow when they fall. Quiet, almost in a hush, but as soon as I step outside the warmth of our home, I’ll feel it. The tiny prick on my cheeks, the small drop of wetness on my hair, the sudden cold on my skin. Living in New England means that our fall would be brimming with colors and our winter would be cold and white. Some days are harder than the rests. The temperature drops, the wind chills and unfortunately I have to go out. I have a choice to either complain about the weather or simply mum and absorb whatever is happening. On the days when there’s no school bus to pick up my kids, I took them to school by the city bus. After I dropped them off to school, I would later walk a round a bit braving the cold. So that I won’t feel depressed about this long winter. Then I took some pictures. I could hear my teeth were chattering and my body was shivering, but it’s just a stroll around the block. Well, not even. I could hear people exasperating about winter. They say winter is awful, but I see plethora of wonderful things about it. Soon, people will forget when the spring comes, about how awful this winter has been. Meanwhile, I’ll put on my gloves and winter hat for another stroll around the block. 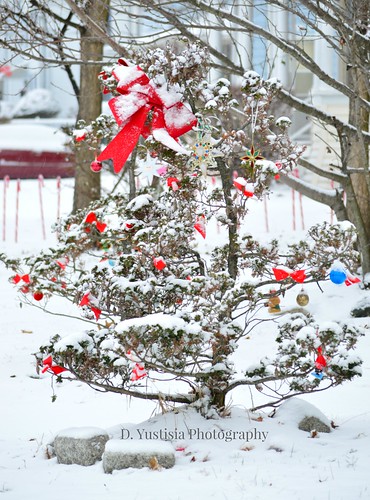 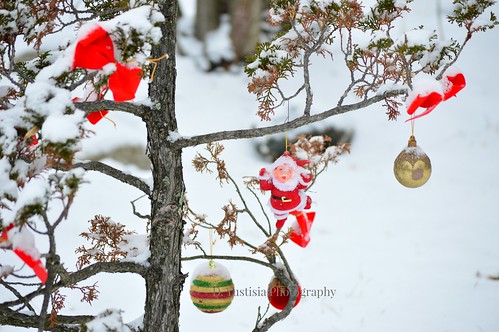 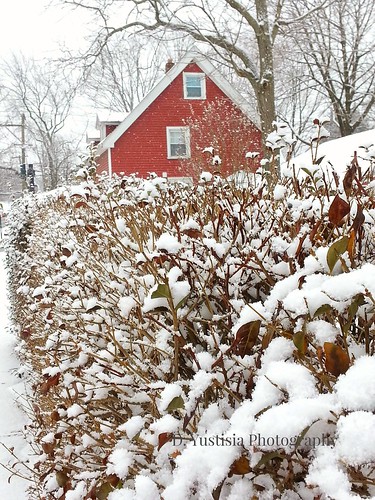 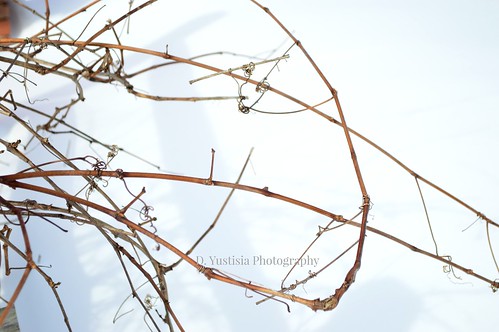 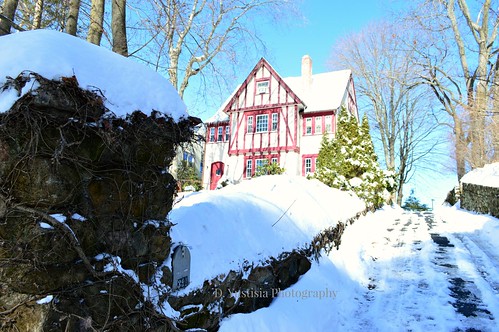 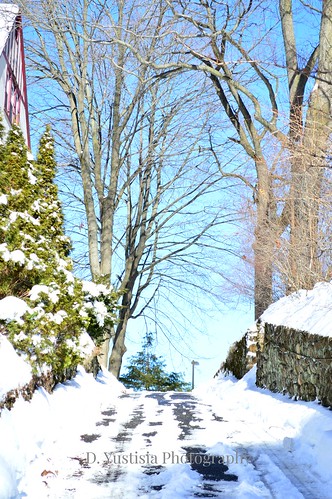 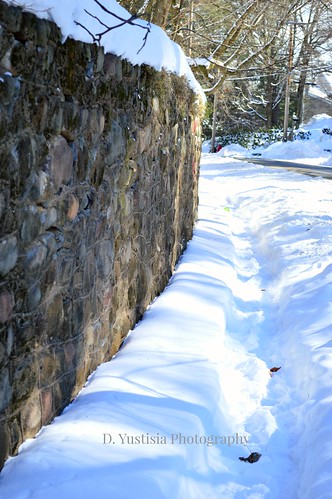 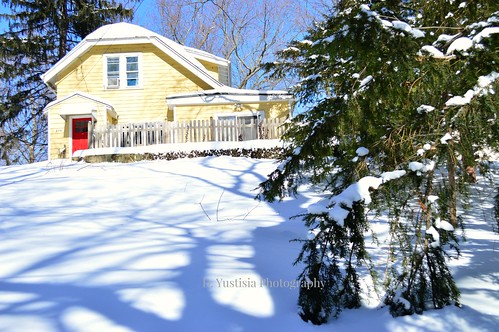 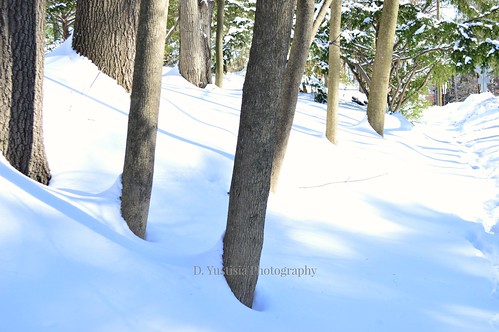 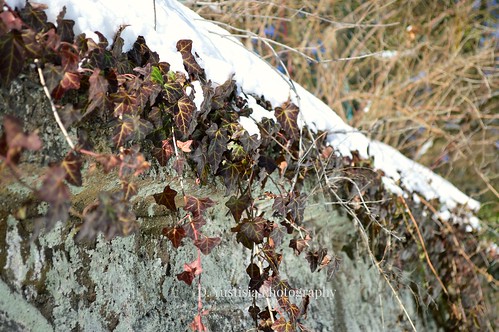 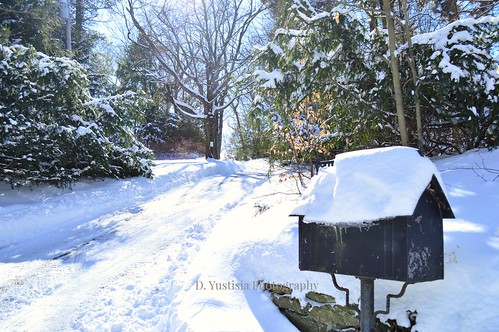 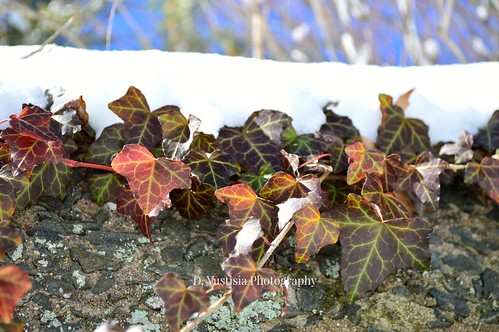 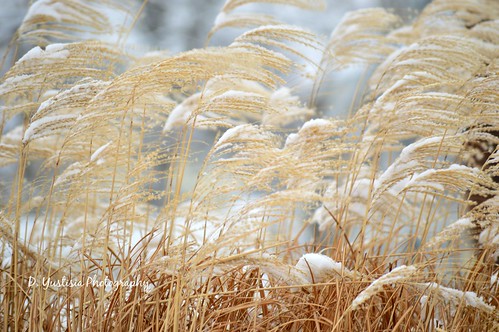