Battell Chapel is the largest chapel in the city of New Haven in Connecticut. Since my eldest daughter has several orchestra rehearsals dan concerts in this chapel, I became aware of its grand stained-glass windows. From the outside, Battell Chapel looks like another ordinary stone building in downtown New Haven, which was the first planned city in America. New Haven became a city in 1784 and has thrived because of Yale College (now Yale University), the 3rd oldest college in United State. Battell Chapel was established through donations of Joseph Battell and his family who dedicated the chapel as a memorial for the Civil War. The style of the chapel is High Victorian Gothic and designed by Russell Sturgis, Jr. I love being inside the chapel admiring the glass works that are shown around it. The designs, motifs and colors of the stained-glass windows are stunning. I usually didn’t stay inside while waiting for my daughter practicing, but the last time the orchestra had a rehearsal, I tried to take as many pictures as possible of the stained-glass windows. My favorites are the windows that I’m putting first in this journal. Among the stained-glass windows that adorned Battell Chapel, one of them was created by Louis Comfort Tiffany, the master of the stained-glass art (the last picture). Battell Chapel almost always open for public everyday. People can come and astonished by the interior inside this historic building. When the sun shines at certain angles through some of the windows, it’d create a dramatic scene that you don’t want to miss. 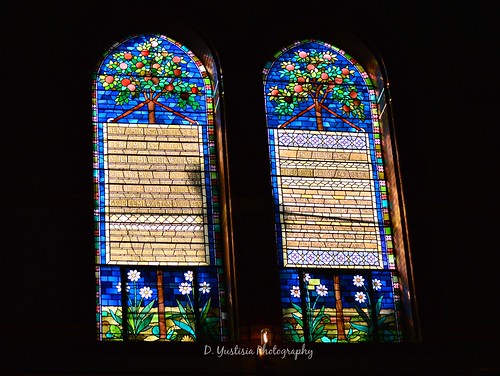 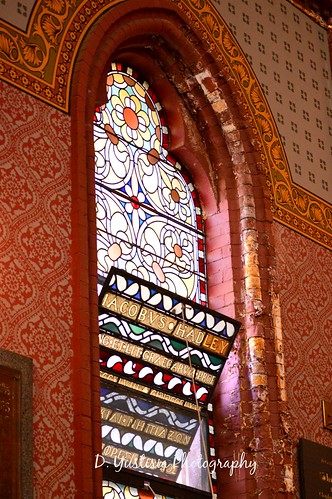 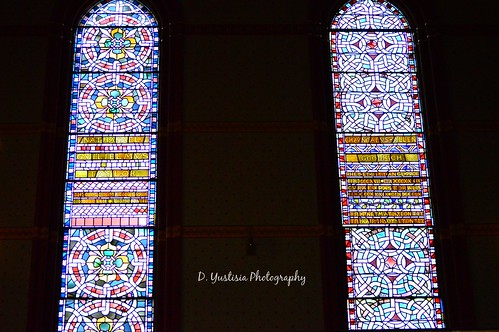 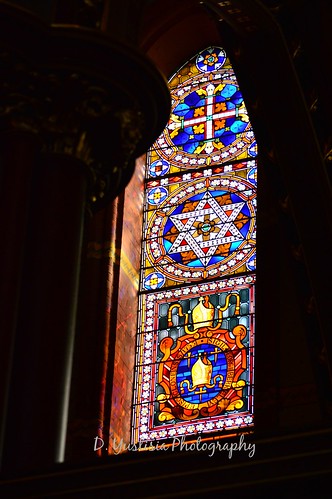 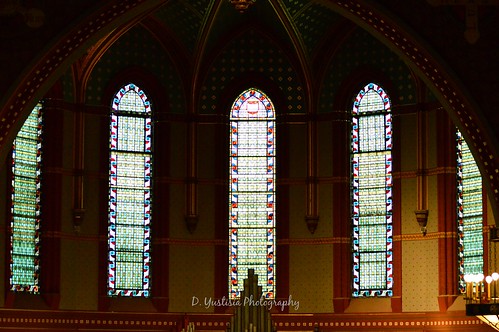 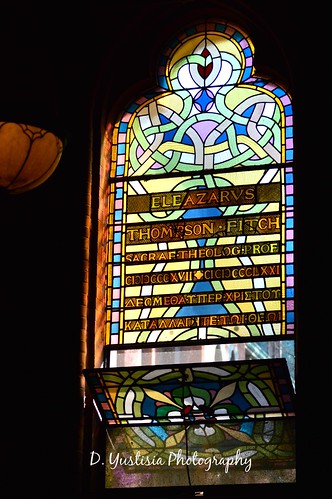 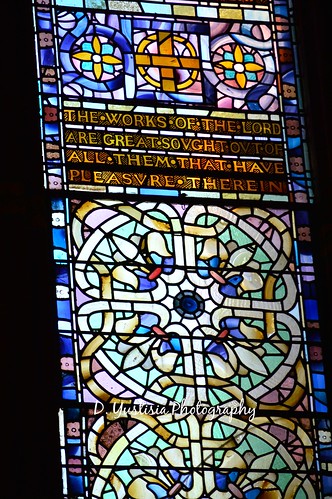 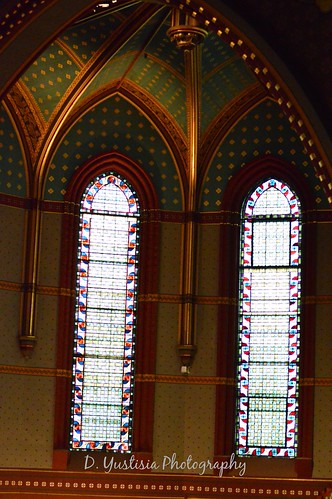 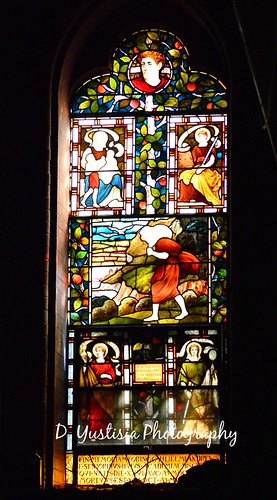 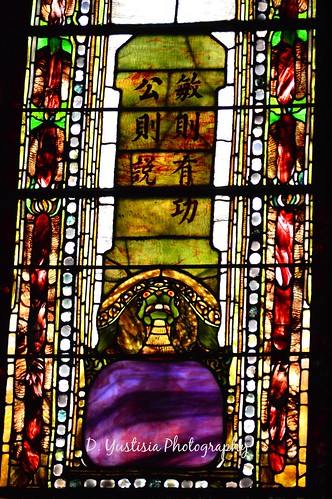 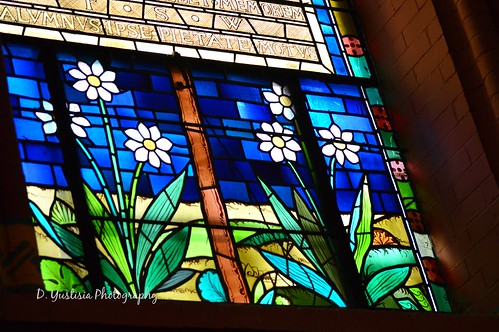 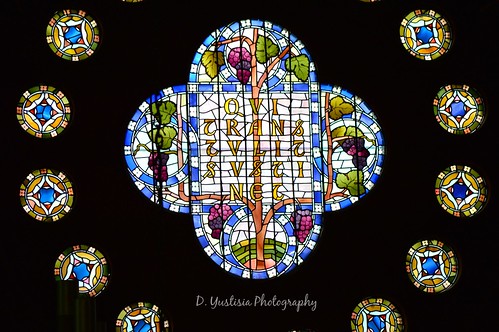 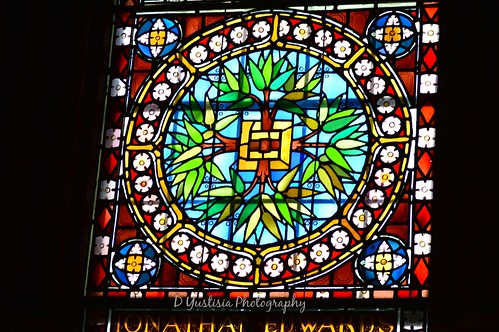 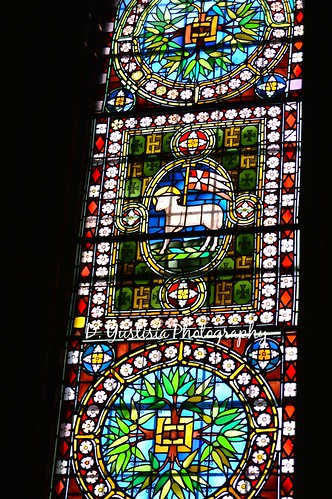 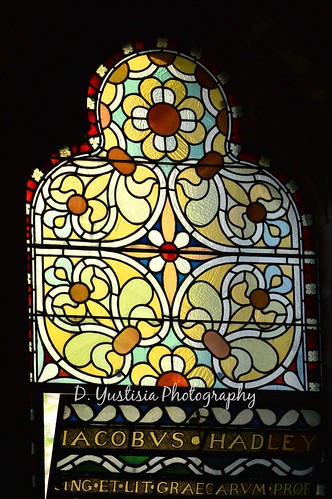 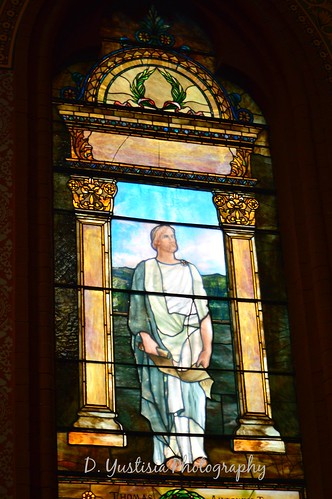